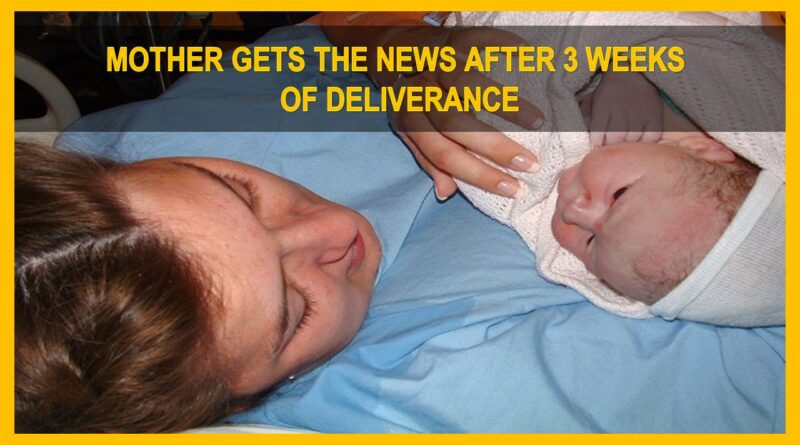 Holly Gerlach was expecting her first child in 2010. They were really excited for the newborn who came into this world on 6th January 2011.  Little did they know of the troubles that are to come. Just after 20 days, Holly became completely paralyzed right down her neck and later they learned that she had developed a rare autoimmune disorder.

MOTHER GETS PARALYZED AFTER 3 WEEKS OF DELIVERANCE:

Holly and her husband were really excited for the baby girl who has just entered their world and were practicing ways of how to be good parents. Holly used to keep a diary named ‘Happily Ever After’, in which she would write the best moments of her life. That same day as the new parents were filming their little angel, Holly wrote in her diary that her finger got numb but she did not pay much attention to it and left it unattended on the pretext that she might have burned it somewhere.

After that, she was usually tired and exhausted but the symptoms were of normal flu with time it deteriorated, and later they discovered that she had developed Guilain Barre Autoimmune disorder (GBS). It took her 72 hours to get completely paralyzed after giving birth. The condition got really worse as she was not even able to talk or even breathe without aid.

It is the condition in which the peripheral nervous system gets attacked mistakenly by the body’s own immune system. The peripheral Nervous system refers to the neurons located outside the brain and spinal cord. The effects range from mild weakness to severe paralysis but there is a chance of recovery. It is estimated that around 100,000 people get affected by it per year worldwide. It is a disease that gets people regardless of their age or gender. Although there is a chance of recovery a person may develop certain weaknesses afterward.

Although the real reason for GBS is still unknown researchers and doctors worldwide have come up with a theory that as normal functioning, the immune system gets activated to fight infection. Whereas the marginal cells of these foreign bacteria or viruses resemble the ending of nerve cells due to which the defense cells mistakenly attack the healthy nerve cells rather than the bacteria.

The effects start to get noticed after three weeks of a respiratory or gastrointestinal infection. Some surgeries or vaccinations may also trigger GBS. Zika virus is usually considered the main threat leading to GBS.

Pregnant women are also at great risk of developing GBS especially after delivering a baby or in their third trimester.

Holly spending her first two and a half months on the bed after being paralyzed was in great pain with a ventilator for her oxygen requirements and getting fed through a tube running down her stomach. The next few months were a time when she learned how to cope with the disease, but with the passage of time and she started to recover. It was all possible due to the dedication of her husband, family, and doctors but most importantly it was her personal efforts and hope for the better that she is once again healthy today.